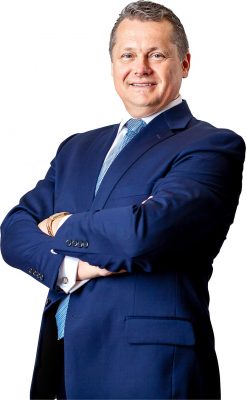 If you feel that you are eligible to file a claim or you’d like information about how to handle your particular case, reach out to us today. Our dedicated team of lawyers will help guide you through the process and offer strong legal representation. Fill out the form or call (201) 678-9007.

Alimony reform in New Jersey has been a hot topic this year, and last week Governor Chris Christie signed a batch of finalized bills into law. The included alimony reform package will utterly change how alimony will be awarded in new divorce cases, which specially gives a written ruling award analysis. Major points of the law include alimony no longer exceeding the length of a relationship when a marriage or civil union lasts less than 20 years. More factors of the reform comprise of a judge’s ability to modify alimony awards, specially if a payer becomes unemployed or reaches full retirement age, among other situations.

If you’re in need of a family law attorney in Bergen County, you can contact us or call (201) 678-9007 to schedule a free consultation today.

New Jersey Gov. Chris Christie on Sept. 10 signed a host of bills into law, including an alimony reform package and a measure that allows couples to dissolve their marriages through a mediation-like process.

A845/971/1649 makes drastic changes to the way alimony is awarded in divorce cases, and is designed to give judges, lawyers and litigants a set of guidelines to follow when determining how much alimony should be awarded and for how long.

In any case in which a party asks for alimony, a judge will be required to issue a written ruling explaining his or her analysis of relevant factors in determining whether there should or should not be an award of alimony.

If the marriage or civil union lasts less than 20 years, alimony will not exceed the length of the relationship, but for exceptional circumstances.

In addition to the factors already in the statute, judges will have to consider the ages of the parties when they were married and when the relationship ended, the need for separate homes, the ability of both parties to maintain a standard of living, the dependency of one party on the other, whether one party has particular health problems and other relevant issues.

To read this article in its entirety, click here.

The information on this website is for general information purposes only. Nothing on this site should be taken as legal advice for any individual case or situation. This information is not intended to create,
and receipt or viewing does not constitute, an attorney-client relationship. The verdicts and settlements listed on this site are intended to be representative of cases handled by the DeGrado Halkovich LLC.
These listings are not a guarantee or prediction of the outcome of any other claims